This email comes at a time when we are all impacted by the continued coronavirus pandemic and its effect on sailing and friends.  In April I reported most of the spring season sailing events were cancelled into June. This has extended well into the summer for many areas.  The Crew Manager master calendar is being updated as we learn about event cancellations.  The number of cancellations prompted another feature request to surpress display of canceled events when the Skipper assigns Crew.  Read on to learn more about the updates and new features added with incremental release version 2.9.2.  The Crew and Skipper Manual documentation remains at version 2.9 with the new features described on the Crew Manager Support Forum until the next major update. 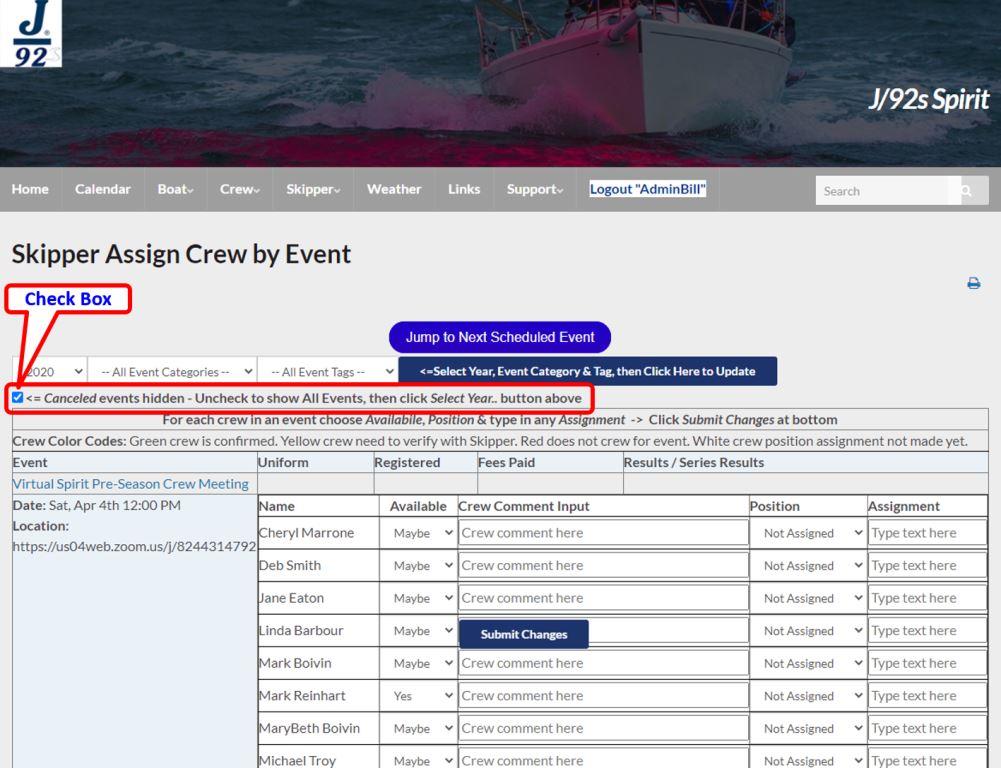 Support documentation is always available on the Crew Manager Support Forum. Anyone may read the forum but you need to create a forum account to post. The forum is easily reached via the boat website menu where the following choices are provided.

Crew Manager LLC is a low budget operation with website hosting expenses and RI Small Business tax filing expenses.  If you like it, please help recruit boats by forwarding this email to your friends.  The Annual Subscription for New Sites and Annual Subscription Renewal options are the best deal.  I hope you find Crew Manager as a useful means to organize your schedule and crew.  If you have suggestions on how it can be made better, feel free to post on the Support Forum.

Permanent link to this article: https://cmtest.crew-mgr.com/email_templates/2020-june-email/